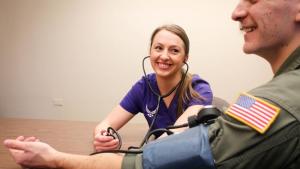 Air Force ROTC is a program created to challenge even the strongest of character. Four to five days a week, cadets engage in military esprit de corps and academics through several cadet-run training programs supervised by cadre. Physical training (PT) is a strenuous one-hour workout that takes place three times a week starting at 0600 hours sharp. Your cadet class and academic status determines how many US Air Force and US Space Force academic classes you are required to take: underclassmen are normally required to take one class a week, while upperclassmen attend two classes a week. Leadership laboratory (LLab) is also hosted early; every Thursday the entire cadet wing reconvenes for two hours at 0600 hours, discussing up-coming events, instilling and reviewing core values and presenting situations to cadets that help promote development to become better leaders and prepare for their future as Air Force officers. 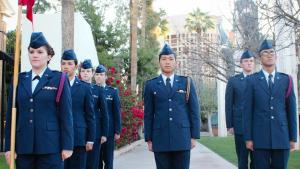 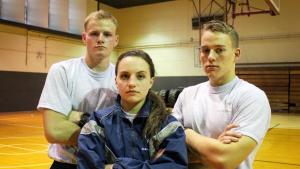 Two types of cadets make up the wing, the Professional Officer Course (POC) cadet and the General Military Course (GMC) cadet. The POC make up the upper echelon of the corps, having already been to field training (twenty-six days) and having served two years as a GMC. POC cadets aid in training and leading their underclassmen apprentices. They also help design guidance, information and other services needed to increase motivation, retention and performance of cadets. The GMC serve in an apprentice-like role, as their job is to primarily focus on learning the basics of the mission, structure and lifestyle of a military officer in the US Air Force and US Space Force, in addition to preparing for field training.