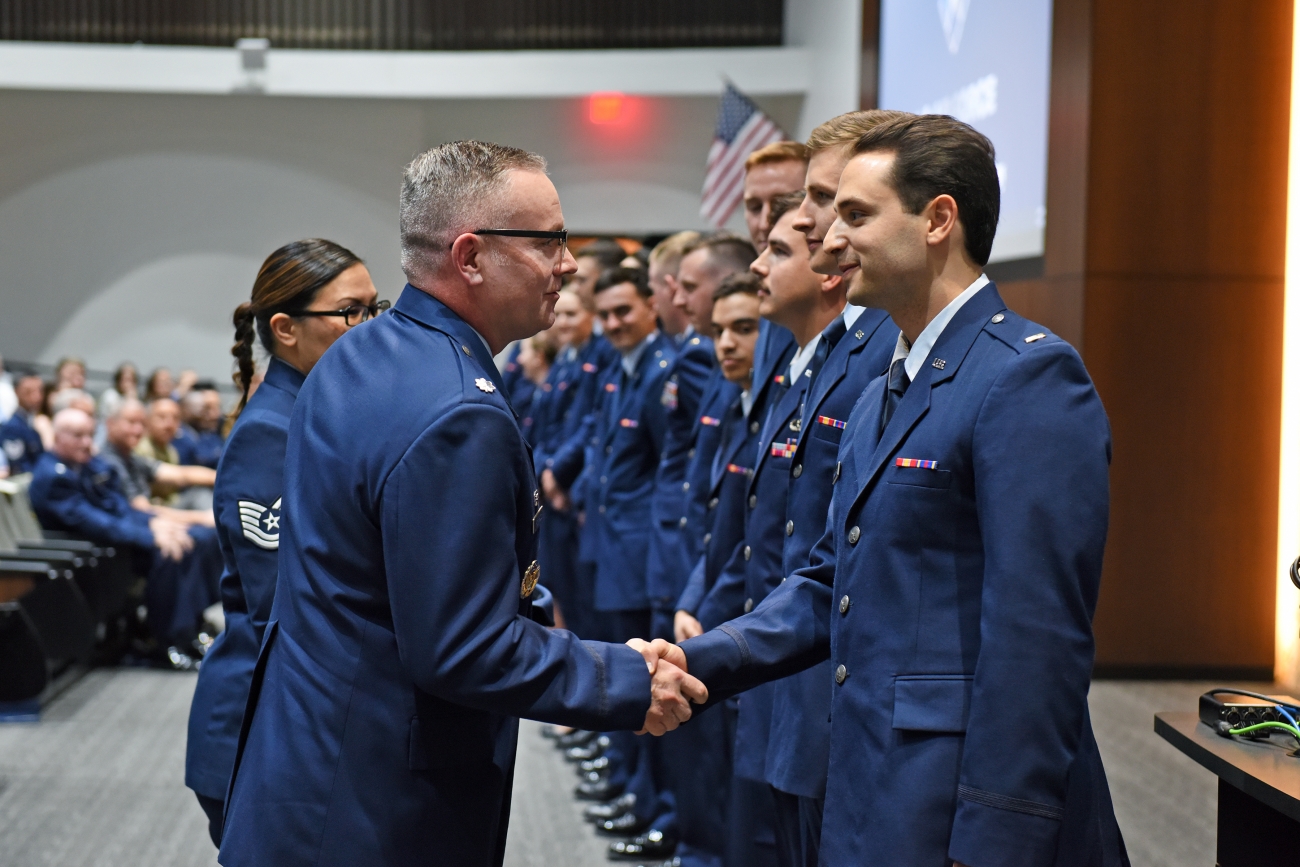 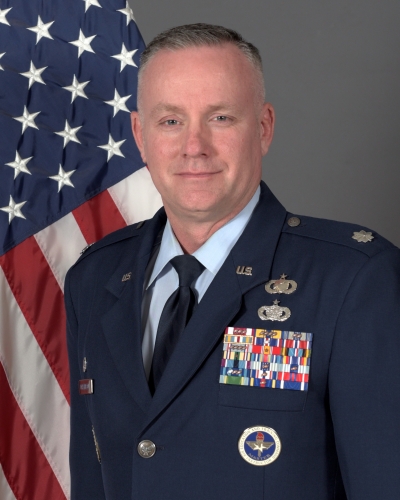 Lieutenant Colonel D. Shane Richardson is the Commander at Air Force Reserve Officer Training Corps (AFROTC), Detachment 025, Arizona State University, Tempe, Arizona. As the commander, he is responsible for a comprehensive college program focused on recruiting, training and preparing more than 175 officer candidates from Arizona State University and 11 cross-town universities. Additionally, Lieutenant Colonel Richardson is the Professor of Aerospace Studies, where he instructs all Air Force Aerospace courses, covering a variety of topics on National Security and facilitating cadets’ transition to the Department of the Air Force.

Lieutenant Colonel Richardson received his commission from Officer Training School in 2006 after spending 15 years enlisted in Security Forces. As an Acquisitions Officer, Lieutenant Colonel Richardson has served as a staff officer, executive officer, program manager and strategic analysist. Detachment 025 is his third tour in AFROTC; previously, he was the Operations Officer at Embry-Riddle Aeronautical University-Prescott, and prior to his current position, he was the Director of Staff at Texas A&M University overseeing staff operations for over 700 cadets. 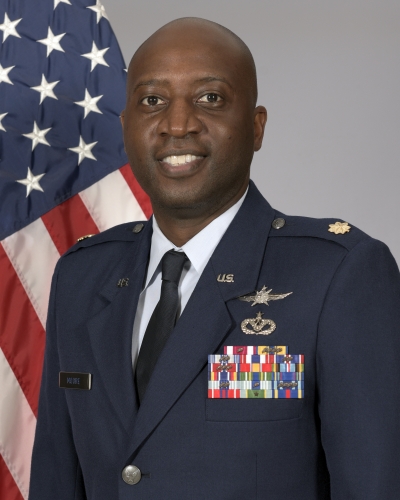 Major Moore was commissioned through Officer Training School in December 2009. He attended Basic Communications Officer Training at Keesler Air Force Base, Mississippi, gaining the fundamental knowledge to serve as a Cyber Operations Officer. Major Moore has led at various positions at the flight, group, and staff levels. Prior to assuming his current position, he was the Chief of Maintenance, 606th Air Control Squadron, Aviano Air Base, Italy. In this position he led 190 military and civilian cyberspace professionals and was responsible for the maintenance and operations of over 173 million dollars of Control and Reporting Center assets critical to the safe execution and application of U.S. and allied airpower both in garrison for the 31st Fighter Wing and deployed to various locations. 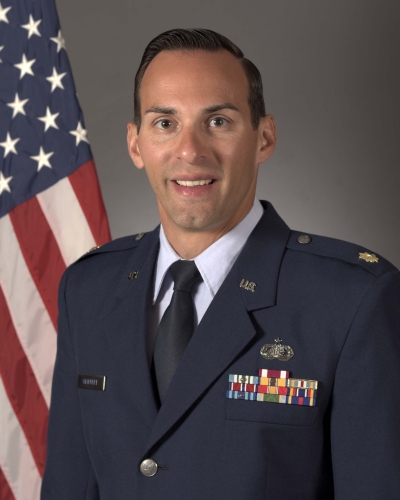 Major Steven Weippert is the Assistant Director of Operations at Air Force Reserve Officer Training Corps, Detachment 025, Arizona State University, Tempe, Arizona. The mission of the detachment is to educate and train cadets who will ultimately commission as Air and Space Force officers to serve in a variety of career fields. As the Assistant Director of Operations, he is responsible for detachment operations, recruiting, and education functions. Major Weippert oversees cadre training and professional development. He leads, recruits, trains, mentors, counsels, and evaluates 175 highly qualified men and women as prospective Air Force officers. Additionally, Major Weippert is an Assistant Professor of Aerospace Studies, where he instructs Aerospace 301/303: Leading People and Effective Communication.

Major Weippert entered the Air Force in May 2013 through AFROTC from The Citadel, The Military College of South Carolina. He completed personnel officer training in March 2014, gaining fundamental knowledge to serve as a Force Support Officer. Major Weippert has led at various positions at the squadron, wing, and staff levels, including the Air Force Personnel Center. He has deployed in support of Southern Command as a Joint Task Force Adjutant and Air Forces Central Command as the principal force development expert. Prior to assuming his current position, Major Weippert was the Deputy Commander at 11th Battalion, United States Military Entrance Processing Command, St. Louis, Missouri where he was responsible for the diligent certification of mental, physical, and moral qualifications of over 20 thousand applicants into the Armed Forces. 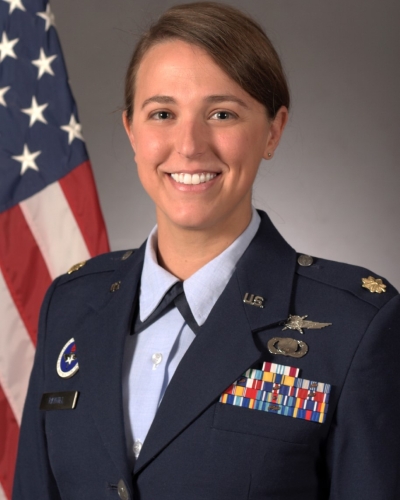 Major Rayhill earned her commission and graduated from the U.S. Air Force Academy in 2013. She began her career as an Acquisitions Officer with a Cyberspace Operational-Experience (OPEX) assignment. As an Acquisitions Officer, Major Rayhill has served as a program manager and as a Military Fellow at Blue Origin through the Education with Industry Program. Prior to assuming her current position, she was the Product Support Program Manager for a highly classified more than $8 billion Deputy Secretary of Defense-directed strategic combat system. 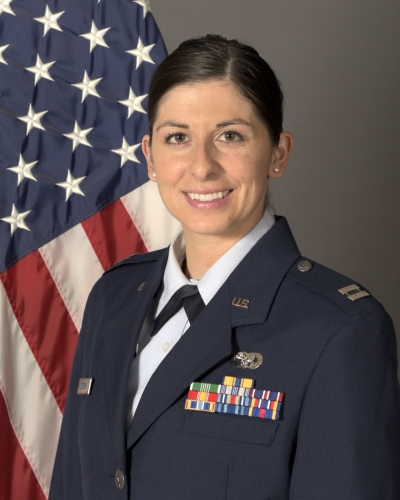 Captain LeDesma commissioned from Arizona State University’s AFROTC program, and returned to her alumni school to train and educate future Air and Space Force officers. As a Logistics Readiness Officer, she has served as the Installation Deployment Officer, where she provided deployment process guidance to all commanders and deployed hundreds of Airmen and civilians to every AOR. She then became the Fuels Flight Commander, where she oversaw AETC’s largest fuel operations. Following these two positions, she served as the Mission Support Group Executive Officer. Captain LeDesma has deployed to the 386th Expeditionary Wing, Camp Arifjan, Kuwait in support of Special Operations Command Central operations. 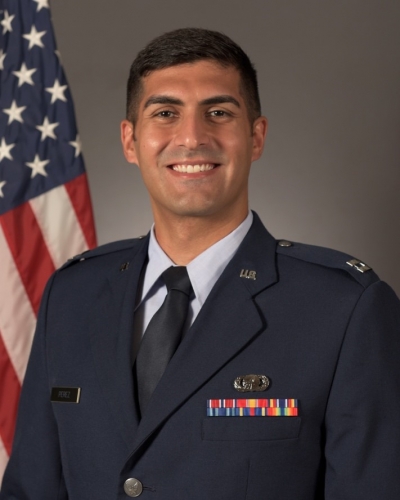 Captain Perez initially enlisted in the Nevada Army National Guard in January 2012. He completed Carpentry and Masonry Advanced Individual Training in July 2012 and promoted to the rank of Specialist in April 2014. He commissioned from the United States Air Force Academy in May 2018. He completed Fundamentals of Acquisition Management in June 2019 and Program Manager Academy in October 2019. As an Acquisition Manager, he led the Multi-Source Correlator Tracker software upgrade for Air Control Squadrons across the Air Force. Prior to his current position, Capt Perez was the Software Program Manager, Control and Reporting Center, Hill AFB, Utah. 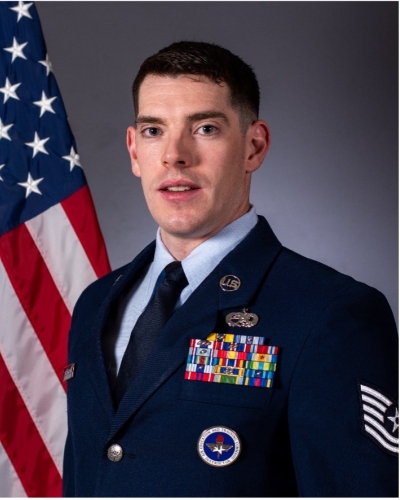 Sergeant Boudreau entered the Air Force in March 2014 later completing Basic Military Training at Lackland Air Force Base. He attended Technical Training at Sheppard Air Force Base learning the basic skills of a C-130H Crew Chief. October 2014 He was assigned to the 374th Airlift Wing, Yokota Air Base, Japan as an Isochronal Crew Chief. Preforming major inspections, repairs and modifications to a fleet of 14 C-130Hs valued at $2 billion. While supporting humanitarian missions throughout the United States Indo-Pacific Command air lifting 260,000 pounds of cargo. Then in October 2016 he was assigned to the 27th Special Operations Wing, Cannon Air Force Base, New Mexico. Where he served as an AC-130W dedicated Crew Chief. Leading the Air Force Special Operations Command’s largest Squadron. During his stay at Cannon Air Force Base, Sergeant Boudreau’s team answered their first Presidential Directed Mission, to defend the American Embassy in Iraq. He answered the second mission to defend NATO forces, where 34 insurgents’ advancement were halted on an American forward operating base. 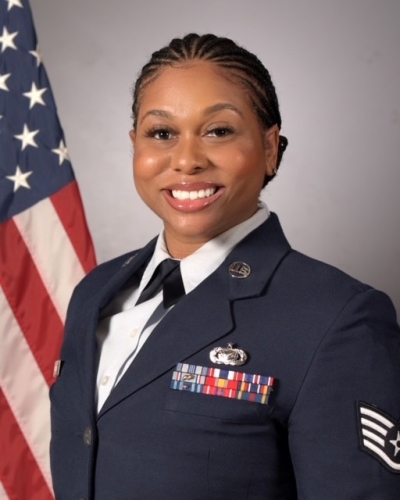 Sergeant Williams entered the Air Force on September 27, 2011 from Los Angeles, California. She completed technical training at Keesler Air Force Base (AFB) from November 2011 to March 2012 as a Knowledge Operations Manager. She then went on to her first base at Davis-Monthan Air Force Base. Sergeant Williams spent one year there training with the Immersions Program at the 355th Communications Squadron then moving to the 355th Equipment Maintenance Squadron, the 3rd largest maintenance squadron in the Air Force. Sergeant Williams spent the next two years there in the Commander’s Support Staff. In 2015, Sergeant Williams moved to Ramstein Air Base, Germany and became a Postal Service Center Specialist for Kapuan Post Office. After three years of postal, Sergeant Williams went on to Joint Base Lewis-McChord and became the Combat Maintenance Non-Commissioned Officer in Charge for the 22nd Special Tactics Squadron then the Non-Commissioned Officer in Charge of Administration. In 2020, she went on to the 5th Air Support Operations Squadron as the Non-Commissioned Officer in Charge of the Commander’s Support Staff. 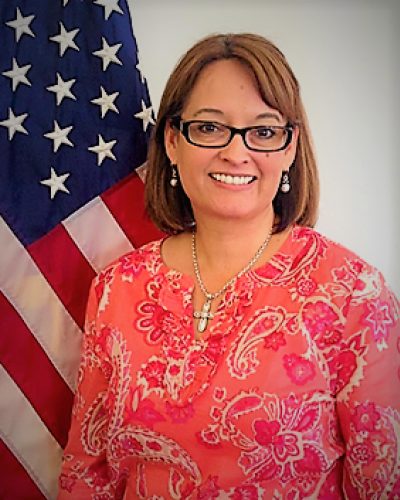 Mrs. Lamb is a native Arizonan and was raised in Tempe. She began her career with ASU and AFROTC Detachment 025 in 2005.  Mrs. Lamb has two children, which both serve in the Arizona Air National Guard. 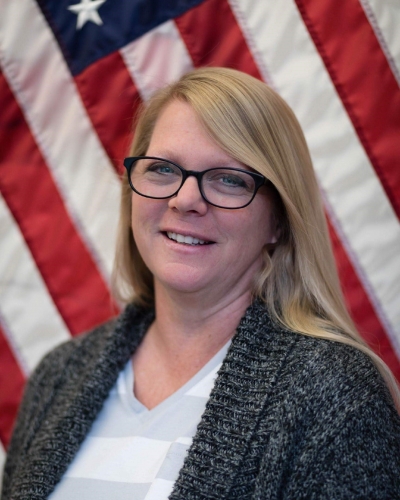 Mrs. Manriquez was raised in California, but her and her family relocated to Phoenix in 2006.  She began her career with ASU in 2017, then subsequently changed departments, joining AFROTC Detachment 025 in 2018.  Mrs. Manriquez is married and has a daughter. 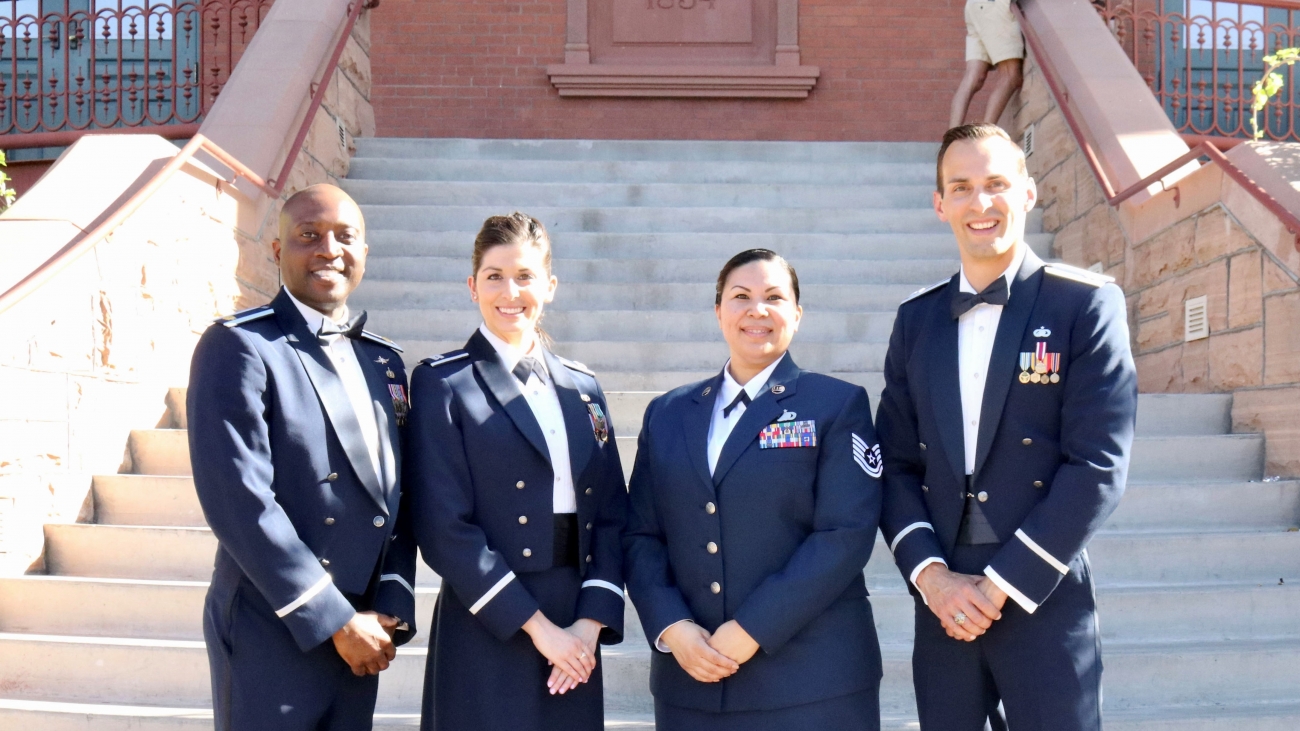